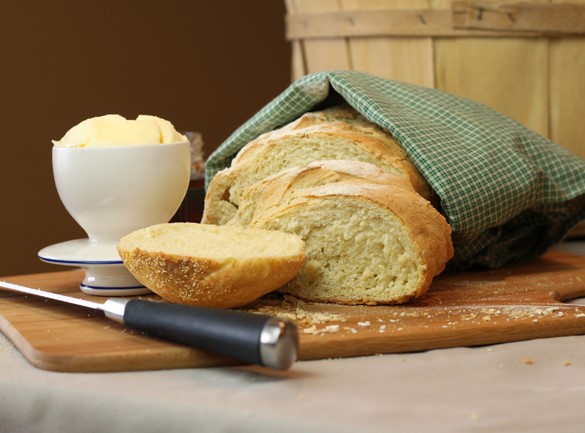 The best way to tell if your dough has risen enough is not by time—though it helps to set the timer so you don’t forget about your dough—but by the look and feel. It will look soft and bloated. When you touch the dough, it will be soft and your finger will leave an indentation when lightly pressed against the dough. If it is not ready, the dough will tend to slowly spring back. The tendency is to not let the dough rise enough.

The Real Secret to Light and Fluffy Bread

Okay, the obvious answer is letting the bread rise all the way, but there’s a secret that the bakeries don’t always share: dough conditioner. It only takes half a teaspoon per loaf. Dough conditioner will make your dough rise an entire inch taller, making it that much lighter and fluffier.

That’s because the conditioner increases the extensibility, or the length of the gluten strands, allowing the dough to capture more gas. The dough conditioner also makes the dough more acidic, which is suitable for yeast to grow.

Just ask your grandmothers. I’ll bet their tried and true recipes called for a teaspoon of lemon juice just to add acidity to the dough, creating more room for the yeast to grow.

You can get roughly thirteen loaves of bread out of one bottle of dough conditioner.

Want some proof that the dough conditioner really works? See these reviews.

If you want light, fluffy bread, the dough should rise until it is puffy. The more gas incorporated in the dough, the lighter it will be. If you see a blister or two in the surface, pop them with a toothpick and hurry the bread to the oven. If you let the bread continue to rise, it will collapse.

Of course, if too much gas is captured in the dough, it may collapse. Here at Prepared Pantry, we like to rise the dough sometimes until blisters begin to form across the top of the dough. Pop the blisters on the top, but there will be plenty of gas bubbles inside to make your bread light and delicious.

In most cases, that means that the dough will double—or more—in volume. With a free-standing loaf, the dough will become softer as it rises and the loaf will spread, but don’t worry; just let your bread rise until it’s puffy.

A Quick Story about Getting the Rise Just Right

The other day, we were making cheesy salsa buns in the kitchen to test out a few stuffed burger recipes. I prepared the dough, formed the buns, and set a timer to let them rise while I went back to work. It’s busy here at the Prepared Pantry.

The timer went off, and I went out to check my buns— they had risen alright, with blisters on the top and everything. We put them in the oven and they came out short and dense instead of light and fluffy. We ended up making another batch.

So what happened? The dough had risen so much that blisters had formed at the top. Normally, this would be okay, but there were too many blisters and they were too big—the dough has risen way too much. There was so much gas in the dough from over-rising that it collapsed in the oven and came out short and dense.

Rising your bread dough just until blisters start to form is fine and a great way to tell when your bread is ready to go into the oven, but right as they just barely start to form, you need to hurry to get it into the oven. No distractions. If you walk away from it to answer the phone first, you could end up having too many blisters or too much gas in your dough, and it will flop just like mine did.

How Long Should it Take to Rise?

How long should it take? A lean, moist dough in a warm kitchen will probably rise in 45 minutes or less. A firmer dough with less moisture will take longer to rise. The important thing to keep in mind that setting a timer for your dough to rise should only tell you when to go check on the dough, not necessarily when the bread is ready to go into the oven.

Think of it this way: your yeast comes with its own thermostat, not a watch. Yeast is very sensitive to temperature; even a few degrees less in the kitchen can extend the rise time significantly. A change of 17 degrees will cut the rise time in half.

A trick that we like to use to cut the rise time in half is putting the dough somewhere warm, like in the front of the car, in front of a sunny window, or on top of a warm kitchen appliance, like the fridge. Another thing we like to use is a proofing bag. Placing the pan with the dough inside a bag and then in a warm area efficiently captures the heat, traps in the moisture, and creates a greenhouse effect to make the dough rise significantly faster. 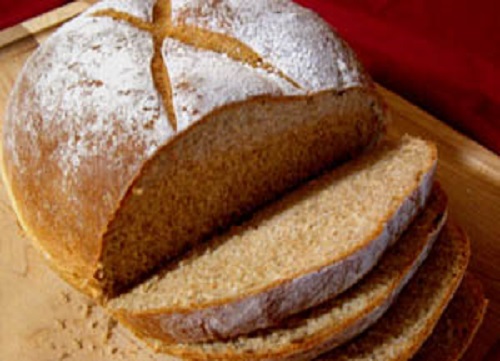 It doesn’t hurt to let dough rise slowly. Bread that has risen slowly has a different flavor than fast risers, a more acidic flavor—hence the sourdough flavors in slow rising breads. When you purposefully slow down the rising process, a different kind of chemical reaction happens with the yeast. Instead of simply causing gas bubbles in the dough, it breaks down the sugars and starts to make alcohol in the bread. This makes a wonderful flavor.

Professional bakers use refrigeration to “retard” the rise. You can use a proofing bag and a cool spot in the house or even a refrigerator to slow the rise. (The bread in the spotlight product picture–New England Rustic Sourdough— was placed under an open window on a cool day to deliberately slow the rise. Total rise time, first and second rising combined, was about five hours.)

We have even tested out rising dough in a cold garage in the wintertime for over a week, and the great flavor the slow rise brought on couldn’t be matched.

While lean breads are deliberately retarded to enhance the flavors, rich doughs or doughs with ample sweeteners or flavors will gain little with an extended rise since the flavors and sugars tend to mask the natural flavors of the yeast. 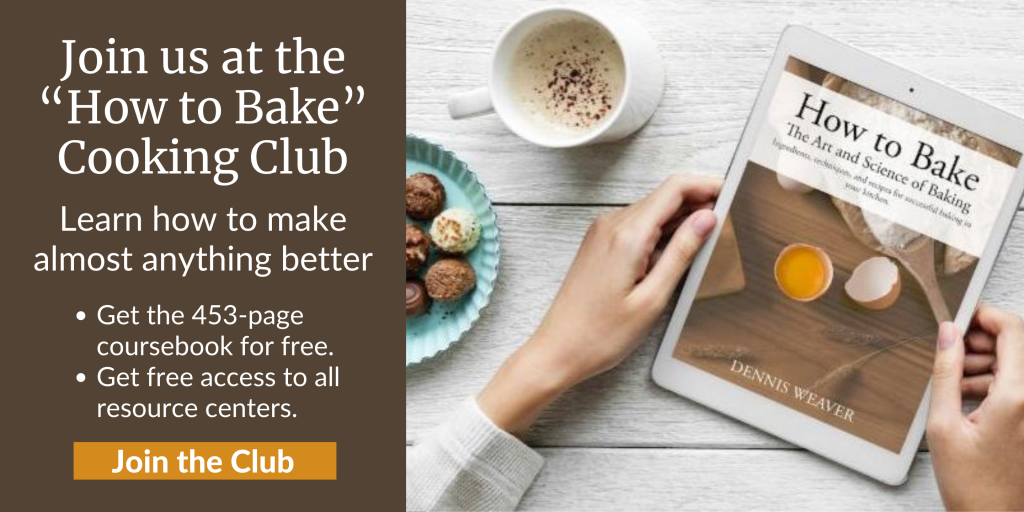