The Secret to Fantastic Tuna Sandwiches 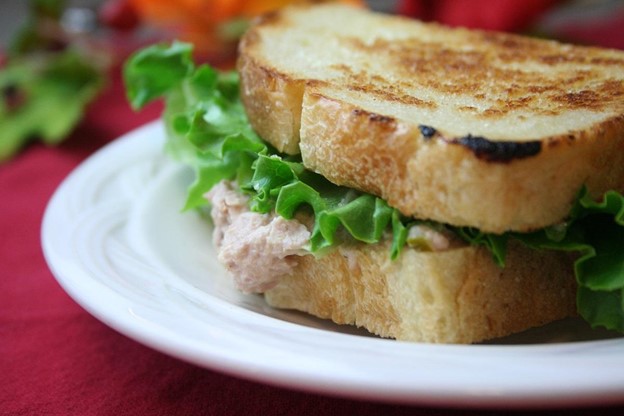 This simple secret isn’t everything, but it makes every tuna sandwich better.

Until I learned her secret, my wife made better tuna sandwiches than I.  What was Merri Ann doing that I wasn’t?

The secret is simple.  It won’t make a fantastic tuna sandwich on its own, but I’m convinced it makes every tuna sandwich better.

But we won’t stop there.  We’ll tell you everything we know about tuna sandwiches. 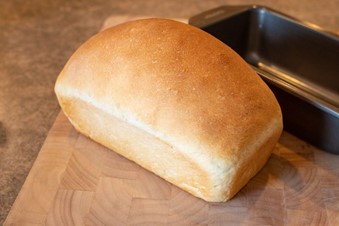 And the secret is: She squishes all the oil or water out of the tuna.

It’s practically dry tuna.  She empties the can into a little strainer and, using the back of a spoon, presses down on the tuna until all the liquid is pressed out.  It really makes a difference. 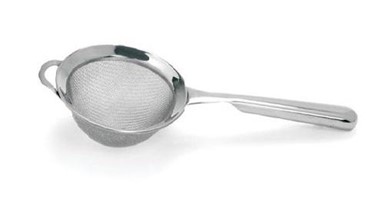 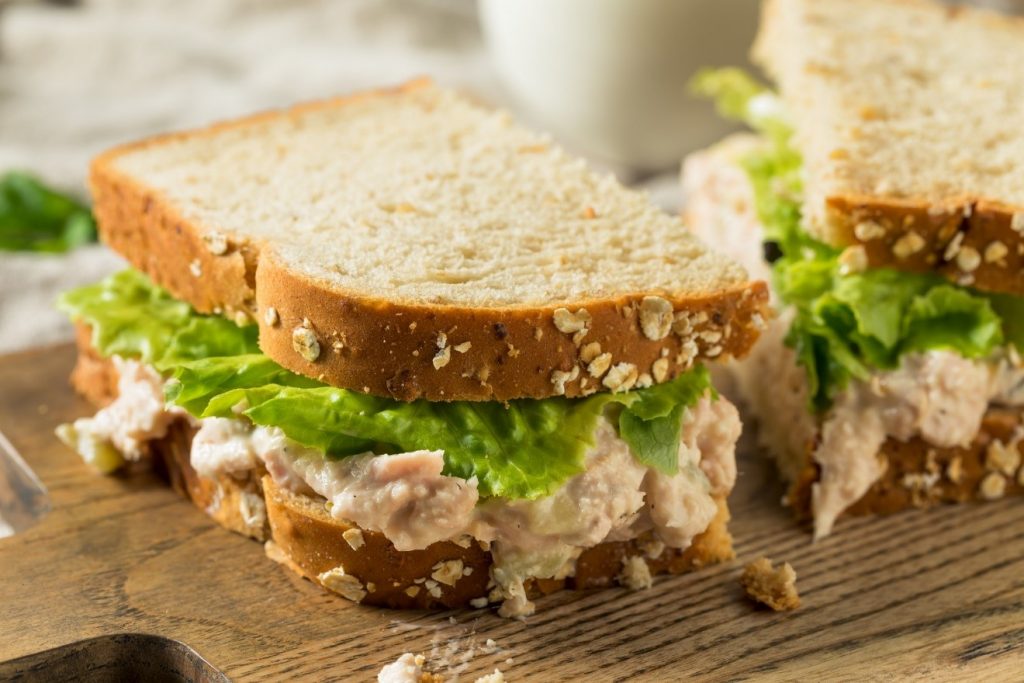 I like thick slices with some substance to them.  Homemade bread is perfect.  The bread above was pan fried, toasted, in a hot skillet.  The crust is perfect.

Tuna and mayo are fine.  I like pickles with mine, either sweet or dill.  If I have one, I’ll use fresh avocado slices instead of pickles.  I always add lettuce unless I’m grilling my sandwich.

I went through a stage when I was adding a little sauce to my filling with the mayonnaise, trying one and then another sauce. I settled on Thai Sweet Chili Sauce, not much—just a drizzle–but enough to give it a little kick. Merri Ann bought a chicken BBQ sauce the other day and I used that, about 50% sauce and 50% mayonnaise.

How to Make Grilled Tuna Sandwiches

Folks call these “tuna melts.” These are good sandwiches.

Often, I grill my sandwiches.  I add a slice of cheese. I love ooey, gooey melted cheese. I use a white cheese like provolone, mozzarella, or Havarti–something that won’t overpower the tuna. 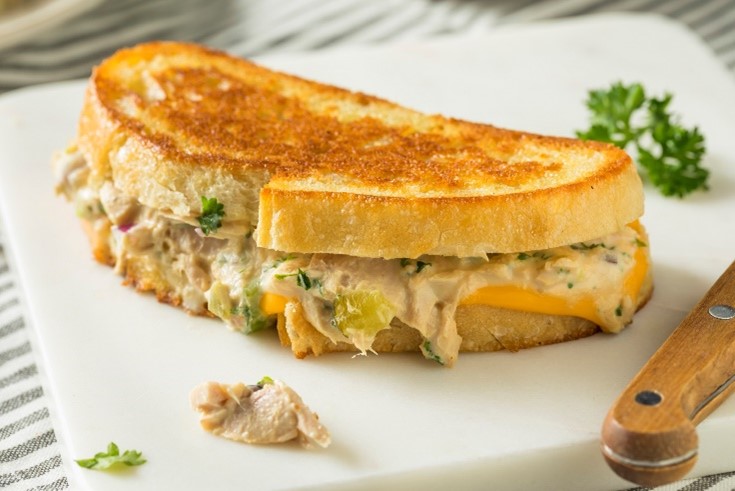 When I grill a sandwich, I pull the lid off the sandwich and add the pickles and lettuce or avocado.

Variations on a Tuna Sandwich

I’ve tried both tomato slices and cucumber slices on my tuna sandwiches. I often add relish to my filling along with the mayonnaise. I read about adding almonds, either sliced or slivered, to a tuna sandwich.  I’ll try that.

I know folks put onion slices, garlic, mustard, lemon juice, or horseradish on their sandwiches.  My dad would add radish slices to his sandwich, but then, he would add radishes to anything.

But back to the secret: squish the brine out before adding these goodies.