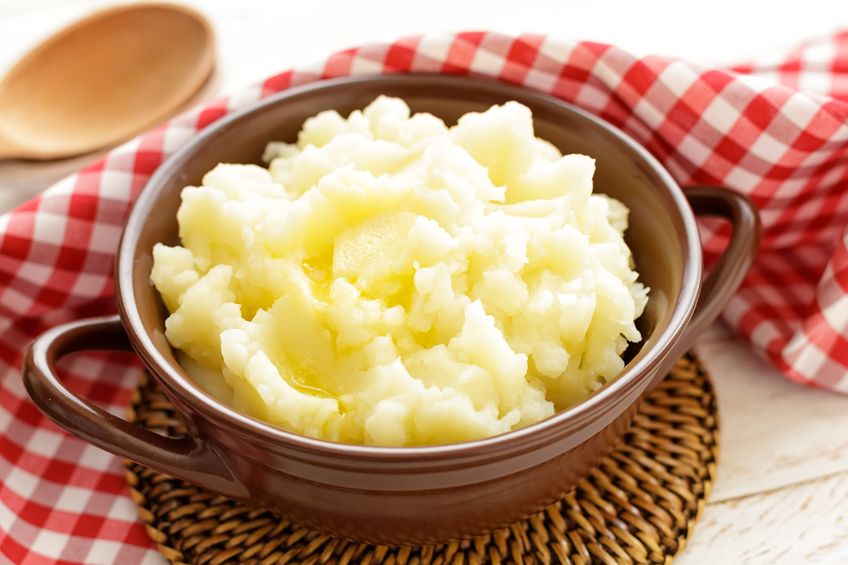 Most recipes called for Yukon Gold potatoes but we used russets. She used seven pounds of potatoes which maxed out a large crockpot. The recipe below is scaled back to five pounds of potatoes. We mashed them right in the crockpot. If we had mashed them with the paddle in the stand-type mixer, they would have been fluffier, but that would have been an extra step and an extra dirty bowl. 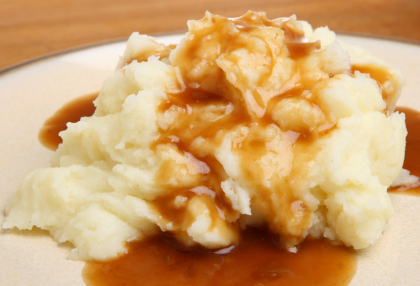 Some recipes called for cream cheese or sour cream to make them creamier. We preferred the recipes that used butter and broth instead. Not everyone likes garlic at our house, so we omitted that. It’s really up to you to decide what you and your family like.