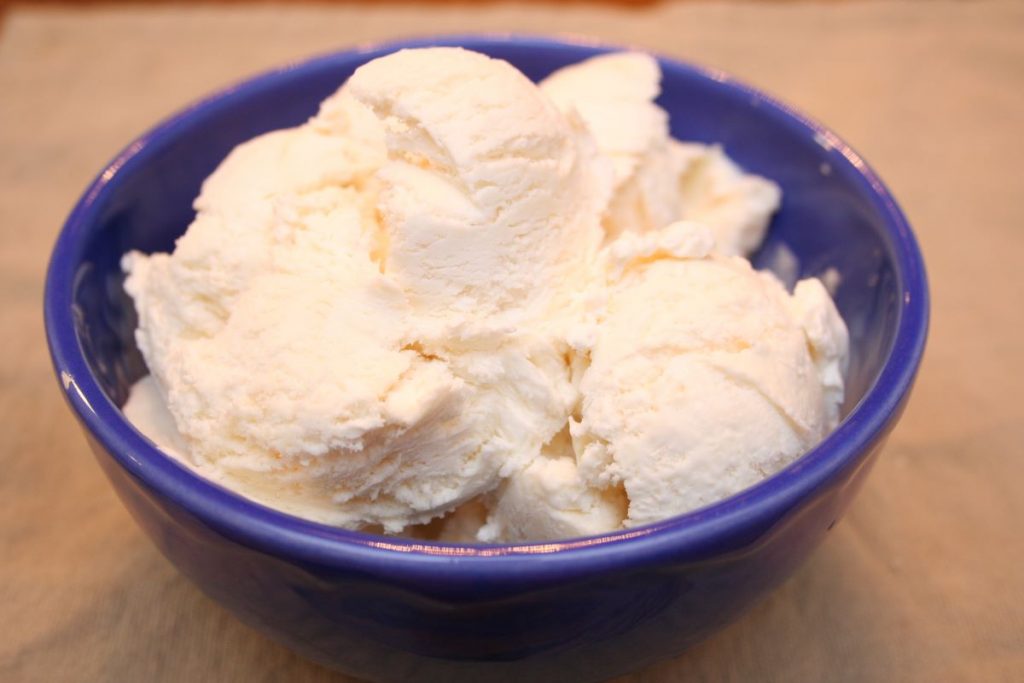 If you make ice cream with heavy whipping cream, it will be rich. (Some would argue that is what makes ice cream so great.) For those who asked for a lighter version, we went to work to reduce the amount of cream and sugar.

What is Icebox or No Churn Ice Cream?

Regular ice cream is made through a churning technique to incorporate air to make the ice cream nice and smooth. It can be a lot of work. Icebox or no-churn ice cream becomes soft and smooth by whipping air into the whipped cream before folding it into the ice cream mixture and then freezing it.

This is the lighter version of our Vanilla Ice Box ice Cream Recipe. It substitutes skim milk for one-third of the cream and uses Splenda instead of sugar. If you would rather not use Splenda, stick with sugar.

Small ice crystals make ice cream smooth and luxuriant. The fat in the cream keeps ice crystals small as does the entrained air from beating. By reducing the cream in this recipe, both the fat and the entrained air is reduced. We used a double-freezing technique to make this light and smooth without all the cream. The double-freezing technique may not be necessary but we felt that it made a little nicer ice cream. Since the vanilla is providing the flavor, use a good quality vanilla extract. 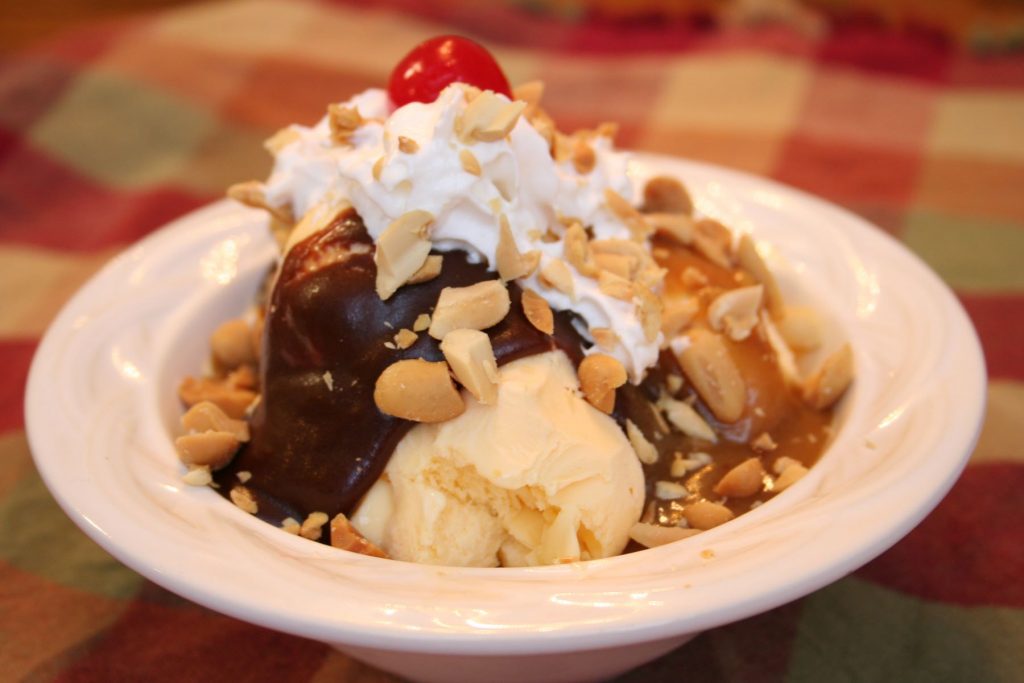 Ingredients: Directions: Baker’s Note: Rapidly freezing your ice cream improves the texture. Since your freezer is colder than the freezing compartment of your refrigerator, you’ll make better ice cream in the freezer.