Home » Articles » The Most Popular Dessert in the World: Sticky Toffee Pudding

The Most Popular Dessert in the World: Sticky Toffee Pudding 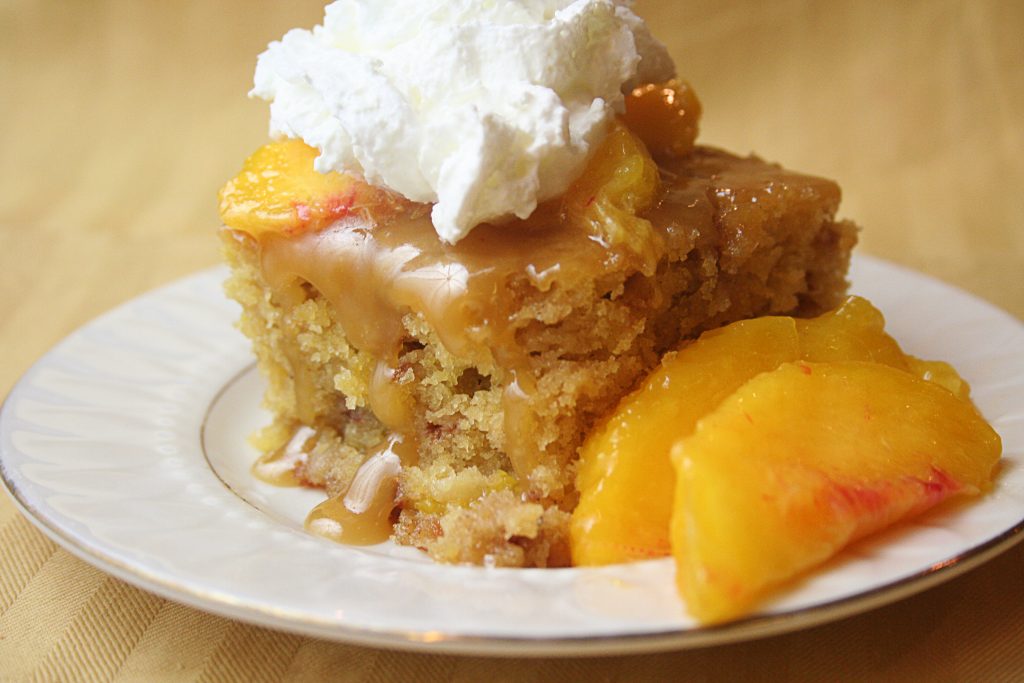 One day there was a lady from Chicago in the store. She had just spent two months in England. (Hmm, I didn’t know that Idaho was a stopping point between Chicago and London.)

Anyway, she had fallen in love with Sticky Toffee Pudding, had it almost every night she said. We happened to be serving free puddings in the store that day. (We’re kind of crazy that way.)

“You nailed it,” she said. “Tastes just like England.”

What is Sticky Toffee Pudding?

The Key to Sticky Toffee Pudding is the Sauce

It’s the toffee sauce that makes this dessert. The first time I made it, it didn’t turn out. The topping was too wet, more of thick sauce, and it soaked into the pudding-cake. Not that it wasn’t good—it was like a warm caramel sauce over cake or maybe a poke cake. The topping needs to be thicker, more like frosting.

The original recipe calls for putting the dessert with the topping back in the oven so that it melts the topping and makes it stickier. After a while, we quit doing that and liked it just as much as long as we had a thick sauce on top to begin with. The folks in the store couldn’t tell the difference. 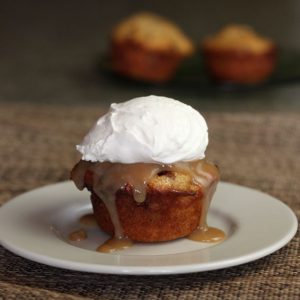 Once we understood the keys to sticky toffee pudding, we got busy experimenting, adding everything but the kitchen sink to our pudding. The one at the right is made with chopped Snickers© candy bars. 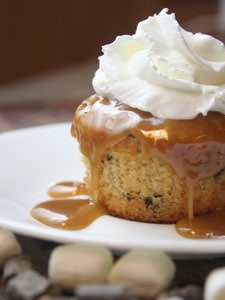 From Experimentation to a Sticky Toffee Pudding Mix

We started with recipes, really good recipes. Of course, we served them in the store. They proved so popular that we developed a sticky toffee pudding mix. We stuck with the original recipe, including dates in the mix.

If you choose to use the mix, you will add eggs, water, and oil to for the cake and butter for the sauce. It’s easy and it’s very, very good. 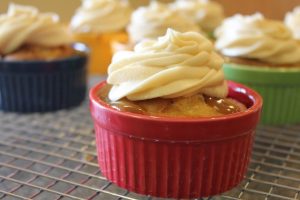 The mix makes a 9×13-inch dessert instead of the 8×8-inch called for in the recipes below. If you would like to make individual desserts, you can make them as cupcakes in a muffin pan or in ramekins. 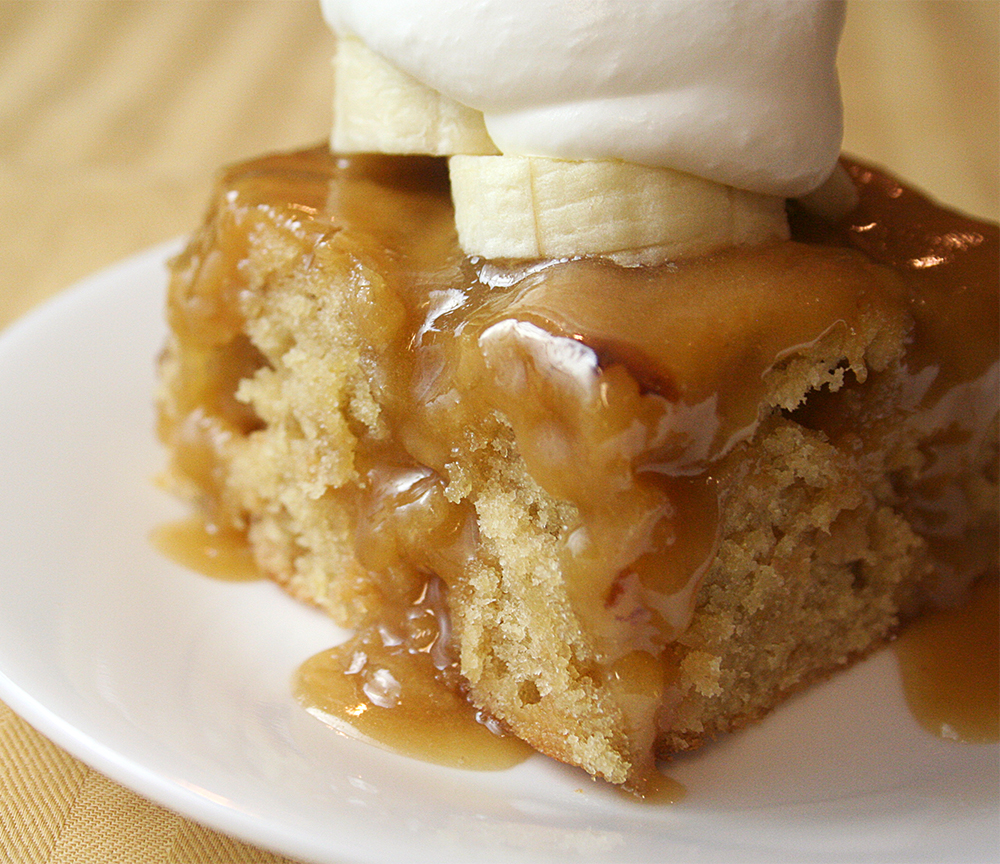 To make the peach/mango sticky toffee pudding, we used the zucchini recipe judging that the water content of the peaches or mango was more like zucchini than bananas. We substituted peaches for the zucchini and added a little nutmeg. It worked perfectly. 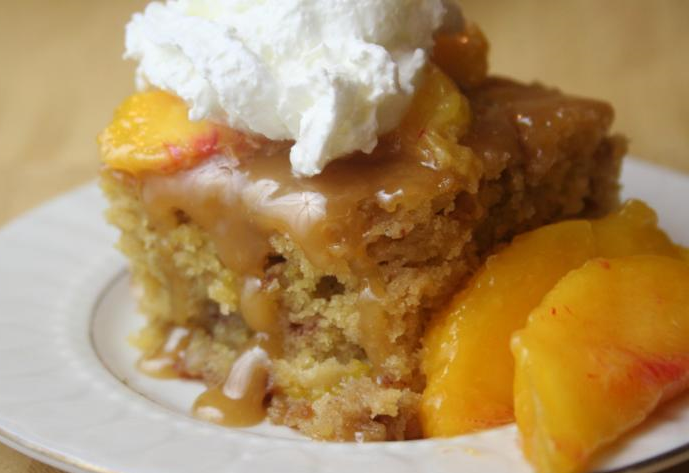 We made a batch of plum sticky toffee pudding simply for pictures and therefore used our Candy Apple Springform Pan to make a picture-perfect dessert. (The area in a nine-inch springform pan is the same as an 8 x 8-inch square pan so you can make the substitution without making adjustments in the recipe. A nine-inch springform pan works perfectly for all three of the recipes in this article.) Again we served it with butterscotch whipped cream.