Home » Articles » How to Bake Brownies to the Perfect Temperature

How to Bake Brownies to the Perfect Temperature 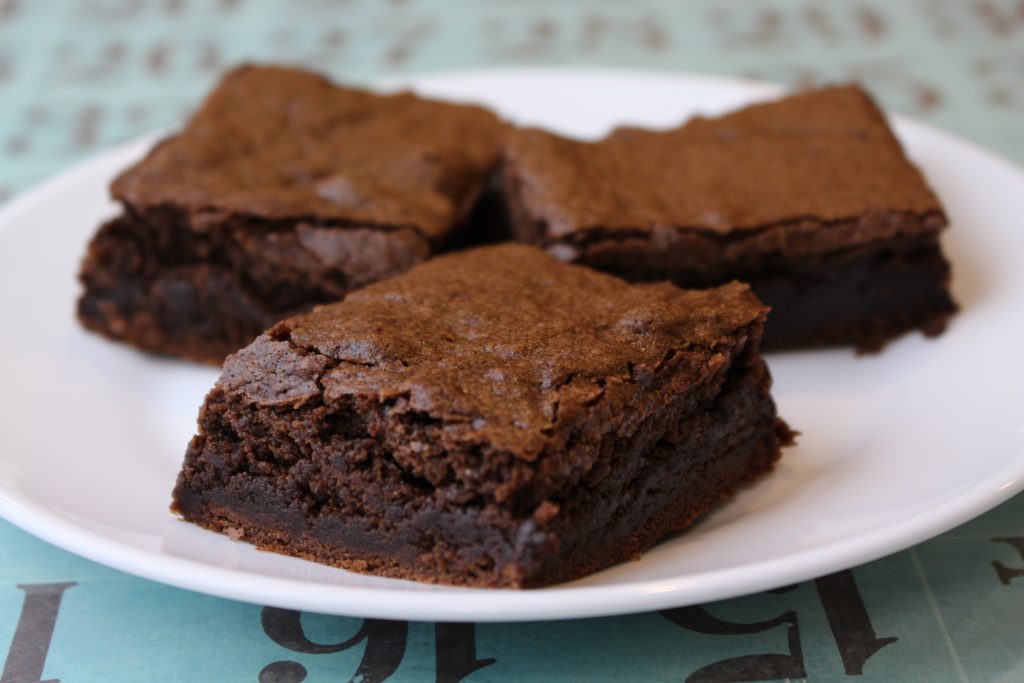 All The Brownie Tests Are Inconsistent

Aubrey comes in every morning at six to bake for a couple of hours before school. At sixteen going on seventeen, she’s a remarkably good baker. (Way to go Aubrey’s Mom!) But brownies can be tough, especially when you are baking multiple pans in two ovens. 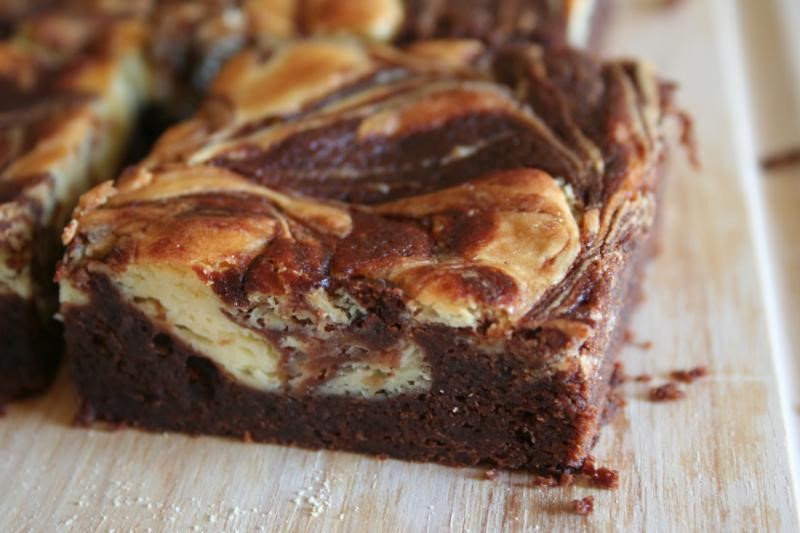 There are oven thermometers in each oven and she is careful to make sure that the temperature is at 350 degrees before she puts the pans in the oven. But the air circulates differently with multiple pans and the temperature rises and falls, especially when you’re opening the oven to check on your brownies.

You can’t tell when brownies are done by the color, and brownies are supposed to be gooey, so a toothpick is imprecise. I usually put my hand on the brownies to see how firm they are but I have a million years of experience and that’s not precise either.

The Thermometer is the Key to the Perfect Brownie Temperature

The answer to everything is a thermometer. If we can consistently bake these brownies to the same temperature, they’ll turn out perfect every time.

We want gooey, chewy brownies baked just long enough that we can cut after they have cooled and set for a while. We cut our brownies with a large pizza wheel, not a knife, and at 180 degrees, we have to clean off the blade so that the next cut is clean. We cut with the blade slightly damp. Less than 180 degrees and brownies are too gooey to cut cleanly.

I’ve always used a thermometer to tell when my bread and cheesecakes were done; measuring the internal temperature of brownies is a new exercise. When we started this practice, I went to the internet to see what others were doing. As is often the case on the internet, there was a range of answers from 170 degrees to 210 degrees. ( Harold McGee’s book, On Food and Cooking: The Science and Lore of the Kitchen, is one of my bible’s, an amazing resource. Harold says there is no set temperature for brownies and cakes. That makes sense because there is such a wide range of recipes and ingredients.)

You can find the perfect temperature for your favorite recipe and not just for brownies. If you think it’s done, stick a thermometer in it and read the internal temperature. The probe should be angled into the center of the cake, not close to the pan which is going to be hotter than the batter. If it’s perfectly baked, write that target temperature in the margin next to the recipe. Bake that recipe to that target every time.

Temperatures for Other Baked Goods

The only way to tell if your bread is baked is with a thermometer. I bake my soft sandwich breads to 190 to 195 degrees. That’s a few degrees more than necessary but I worry about cooler spots in the loaf. For crusty breads, I bake the bread to 210 degrees.

For cheesecakes and other custards, bake to 165 degrees. Always get the temperature over 140 degrees in any baked good, especially with eggs. That’s the temperature that kills bacteria.

We recommend Ramstadt Breda Rich Dark Cocoa or Belcolade Dark Cocoa. Be sure that your cocoa has a high cocoa butter content.

Preheat the oven to 350 degrees. You will need a 9 x 13-inch baking pan, two mixing bowls—one of them medium or large, and a whisk. The larger bowl should be microwave safe to save you a step. We recommend using parchment paper for the brownie pan.