Home » Articles » How to Use Spices in Everyday Meals

How to Use Spices in Everyday Meals 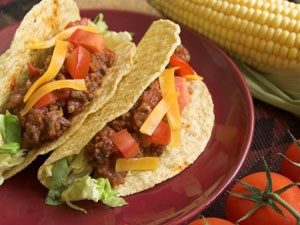 Of course, we’re all a bit reluctant to try something new if dinner is on the line.  What if I ruin it? What if my family doesn’t like it.  I understand that.  But in my experience, it’s rare that you make something that just plain doesn’t taste good.

The following guide will help you avoid major mistakes but yet give your family new flavors to enjoy.

Which Spice Should You Use?

What if your kids don’t like anything new? Then you have to stay with flavors that they know or that are very similar.

Pick a spice.  Smell it, taste it. Put a little in the palm of your hand and taste it with your tongue.  Do you like it? Do you think your family will like it? Will it go well with the meat you’re considering? What if the flavor is mild, not much more than a hint—would they like it then?

How Much Seasoning Should You Use?

That may be the question we get asked the most.  It’s not as hard as it may seem.  Start with less.  In most cases, you can add more.   You’ll use more with beef than you will with chicken and fish.  Often you want the seasoning to be so light as to be simply a background flavor–complexity without competition.

Don’t overpower the dish.  Chicken should always taste like chicken, but a little spice will transform everyday into interesting.

For a pound of ground beef, I’ll use a tablespoon of mild spice—though I may start with a teaspoon or two and add more to taste after it’s cooked.

Tastes are different; we have a friend that uses about twice as much spice as we do.   As we get older, we lose taste buds and prefer more seasoning. Again, go mild if there are children in your home.

Often when we think spices, we think heat—hot spices.  Heat’s okay, but usually I want flavor without a lot of heat.  I want to transform the flavor of what I’m cooking without creating heat. But then, I’m a heat wimp. So, for most of my cooking, I choose spices with little heat.

Simple is usually better. Don’t try to mix flavors. The more you add, the harder it is to keep a balance. Instead of adding multiple spices, use a quality blend. A good spice blend has been balanced and tested and used in many recipes. The flavors meld together as one spice without creating a jumble. 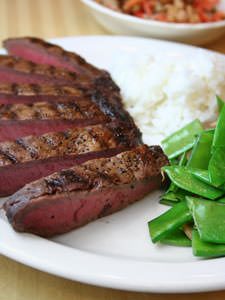 Season it First or Season it Last

For larger pieces of food, like a roast, season first. That gives the food time to absorb the flavors as it cooks.  Season liquids, such as soups, last.

Even with a roast, until I get to know the spice, I tend to under-season.  And yes, I’m not shy about sprinkling more on after it’s cooked.

I remember coming home late and hungry.  I wanted a quick, hearty meal.   In the refrigerator was a steak but it wasn’t a very good cut.  I needed to trim it and slice it or it would be tough.   There were new red potatoes on the counter.  I had onions and half a green bell pepper.  I could make a quick meal from that.

The cooking pulled enough starch from the thinly sliced potatoes to thicken the gravy perfectly.  If I had added too much water, it would have been too thin.  At the end, I adjusted the seasoning a bit.

With a tossed salad from a bag, I had a good, hearty meal in less than 30 minutes.

I’ve made meals similar to this many times but with different spices, with different veggies and often with chicken or pork instead of beef. You can also have rice instead of potatoes.  Some I like better than others, but I don’t remember any outright failures.

Don’t let spices intimidate you, even new spices or blends. Remember, keep it simple and add a little at time, until you get it just right.

Your first venture should be a success, but as you gain experience with a spice, you’ll find more and more ways to use it and find the foods you like best with that particular spice.

With a palette of spices in the cupboard you can create magical meals. It’s easier than you might think.