Home » Articles » Look What You Can Make With a Brownie Mix!

Look What You Can Make With a Brownie Mix! 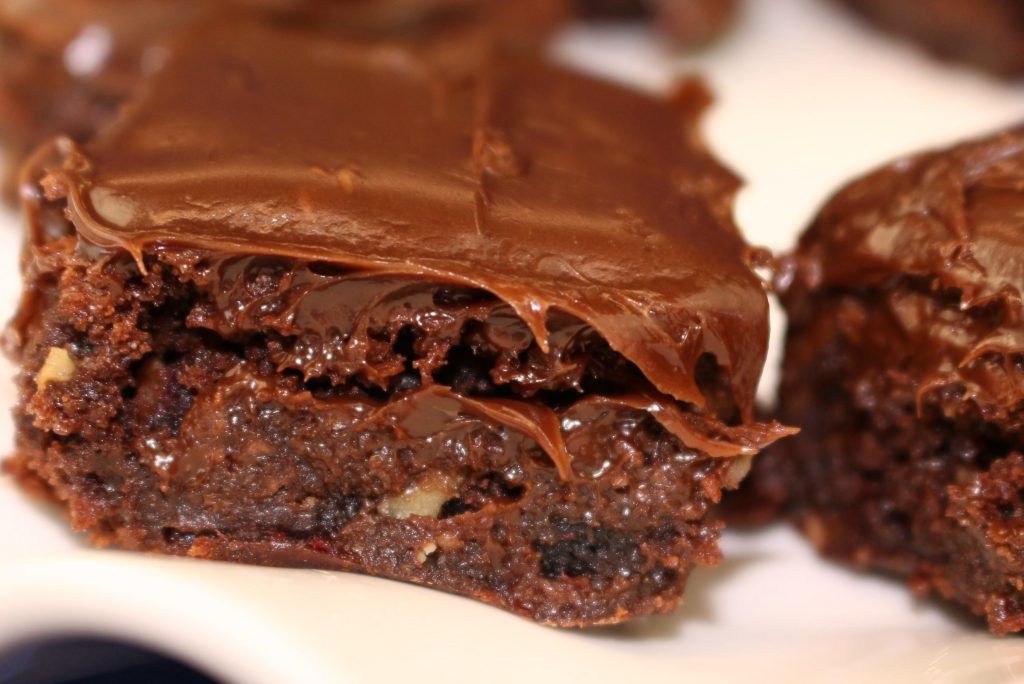 Christmas day was a blizzard.  When I ventured to look out, the drifts were two feet deep in my driveway.  The county posted that they were only going to dispatch snowplows for emergencies.  The roads were closed.  It was Sunday, Christmas Sunday, but the churches cancelled service.

The next day, Monday, we had a partial staff.  Our test kitchen was open.  So, we looked for a fun project.  Everyone likes brownies.  We decided to create new brownies by adding goodies to existing brownie mixes.

That’s not a new idea.  On our shelves, we already have raspberry brownies, peanut butter brownies, and more.  But this day, we would get “outside the box.”

Here’s the very best of what we created.

This idea came from an old cookbook on my shelf.  I wanted to try it.  Chocolate and mint is a great combination.  Why not chocolate and peppermint?

We tried again, this time sprinkling the candy pieces on top of the batter.  This worked.  Some of the pieces sank into the batter and some melted but the brownies tasted great.

Finally, we simply sprinkled candy over the brownies when they came from the oven.  It was a prettier presentation without the pockmarks from melted candy. We drizzled fudge frosting over the brownies.

We used a mix intended for a 9×13-inch pan, our Seriously Fudgy Brownie Mix.  It’s a just-add-water mix so we didn’t have to take time with eggs and oil. 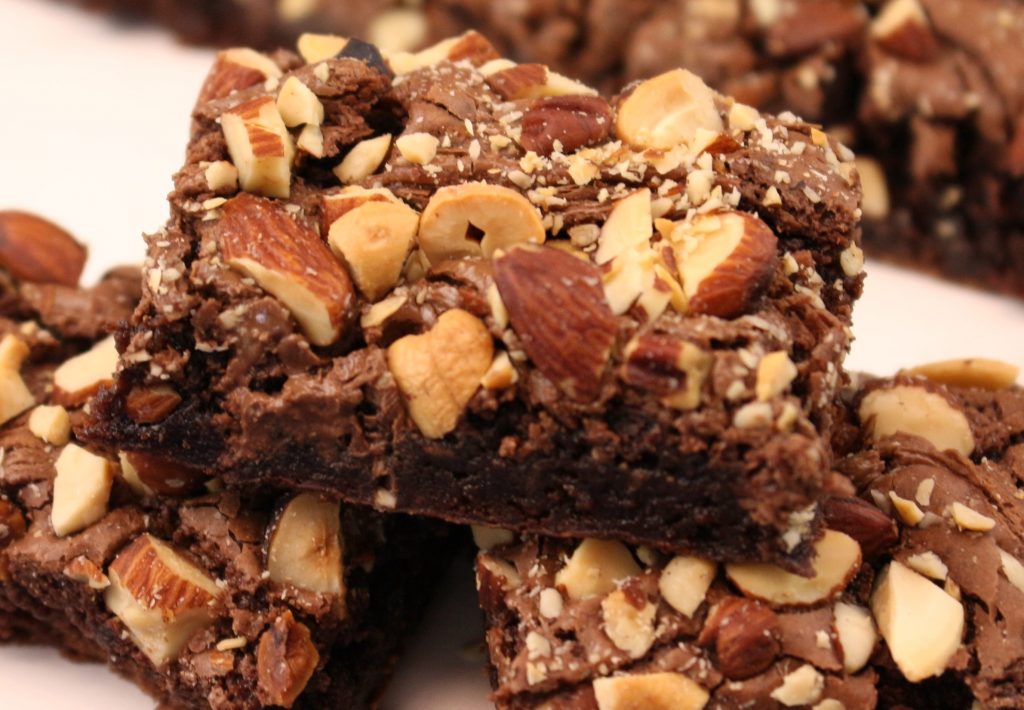 These are really good—different, sophisticated brownies.  With ribbons of Nutella swirled in the batter and salted snacking nuts on top, these brownies are marvelous.

Place spoonfuls of Nutella on top of the batter in the pan.  Hold a spatula vertically and slice through the pockets of Nutella to create swirls.

Sprinkle the nuts over the swirled batter.

This is a winner—lots of texture and the cranberries leave a nice punch.   I thought it needed to be a bit sweeter so we frosted the brownies.  Then they were perfect.

Mix the cranberries, nuts, coconut into the batter. Frost them with your favorite fudge frosting. 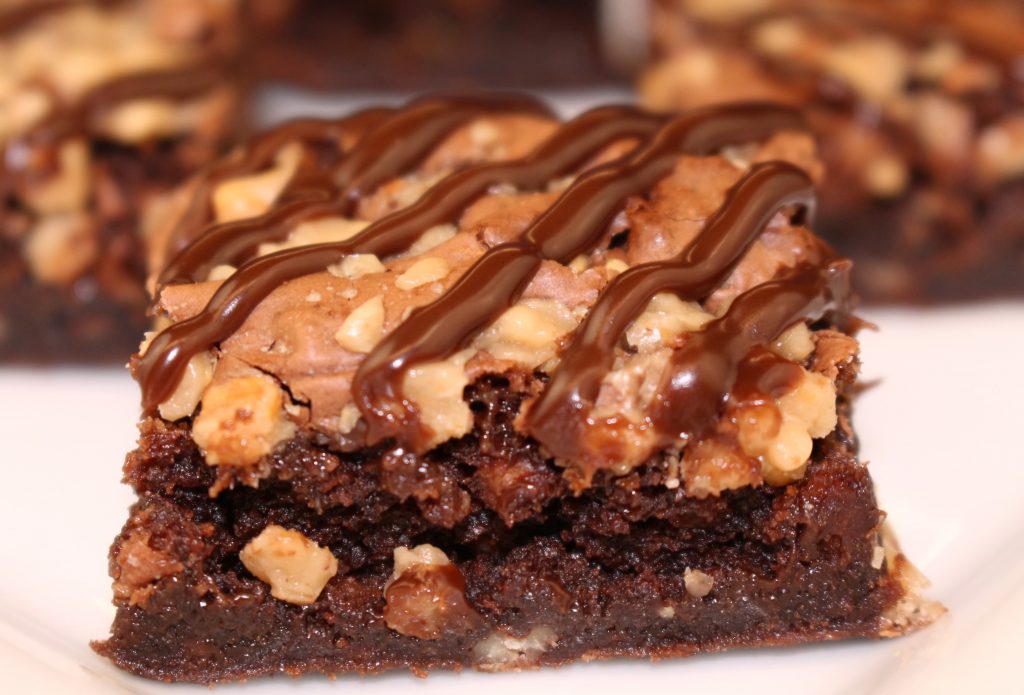 These are interesting, really good brownies.  Everyone that tried them, loved them.

The malt powder tempers the chocolate in the brownies, almost making them milk chocolate.  The pecans gave them a nutty crunch and the toffee pieces gave them a very nice flavor.

We thought they needed a little touch of chocolate and so we drizzled our fudge frosting over the top.

Mix the malt powder and pecan pieces into the batter. Sprinkle the toffee pieces over the batter. Drizzle the baked brownies with a fudge frosting.