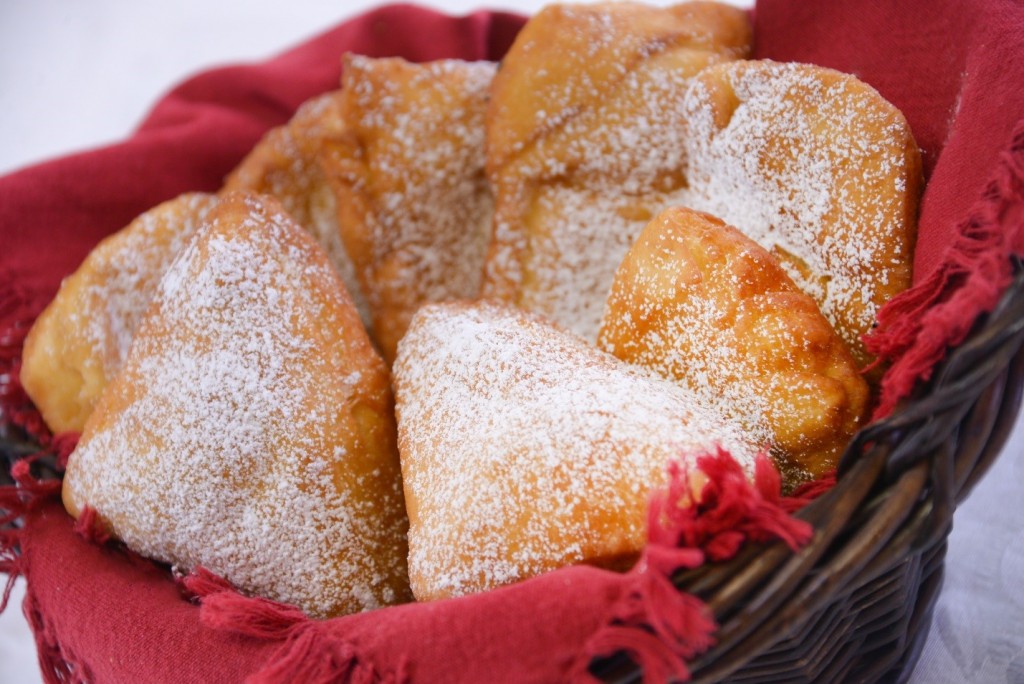 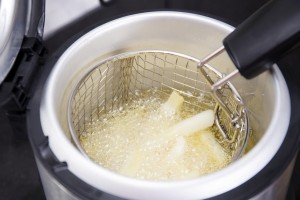 Even though it is pretty clear that fried food is unhealthy in large quantities, there is nothing wrong with enjoying the occasional crispy treat if you indulge responsibly. You don’t even have to leave home to enjoy delicious fried food, either. Home fryers allow you to cook it right on your kitchen countertop.

Now you can choose between a traditional oil fryer or one of the new air fryers.

What is an Air Fryer?

An air fryer operates, as its name suggests, by using extremely hot air to cook your food. Temperatures in a domestic air fryer are typically over 300 degrees Fahrenheit and most models move high volumes of air over your food to speed up the cooking process. Instead of submerging foods completely in hot oil, air fryers use a light misting or coating of oil to impart that delicious fried crunch to your meals.

The air fryer shown here is by Farberware. 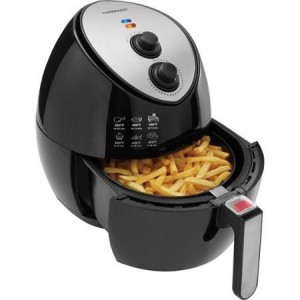 So, why are people buying domestic air fryers? These new appliances offer some significant advantages over traditional oil frying.

Cooking in an Air Dryer

Both oil and air fryers cook faster than in an oven.  Food does takes longer to cook in an air fryer than an oil fryer if you don’t include the time it takes to heat the oil an oil fryer.

Cost. Although there is a significant overlap in the price ranges of typical air and oil fryers, the air-based technology usually costs more. Typical prices range from $100 to $200 for air fryers, while reliable oil fryers are often available for less than $100.

Capacity. Few domestic air fryers are built with large-volume cooking in mind. Most models have maximum capacities less than two pounds and struggle to fry your food effectively if you load them to capacity.

It’s a matter of priorities. If making healthier fried food is important to you, air fryers are definitely worth your attention. If you intend to cook for large groups, you will probably be better served by the higher capacities of oil fryers. If cost is an issue, oil fryers are the way to go.

Whether you decide to stick with the tried-and-true technology of an oil fryer or take a leap into the future with an advanced air fryer, you shouldn’t have any difficulty cooking up some tasty treats in your kitchen. Just remember to use your fryer in moderation, no matter what kind of technology it’s based on!

Cherry Saunders is a freelance writer, who loves to cook in her spare time. Check out her site, homekitchenfryer.com where she reviews kitchen fryers and appliances.