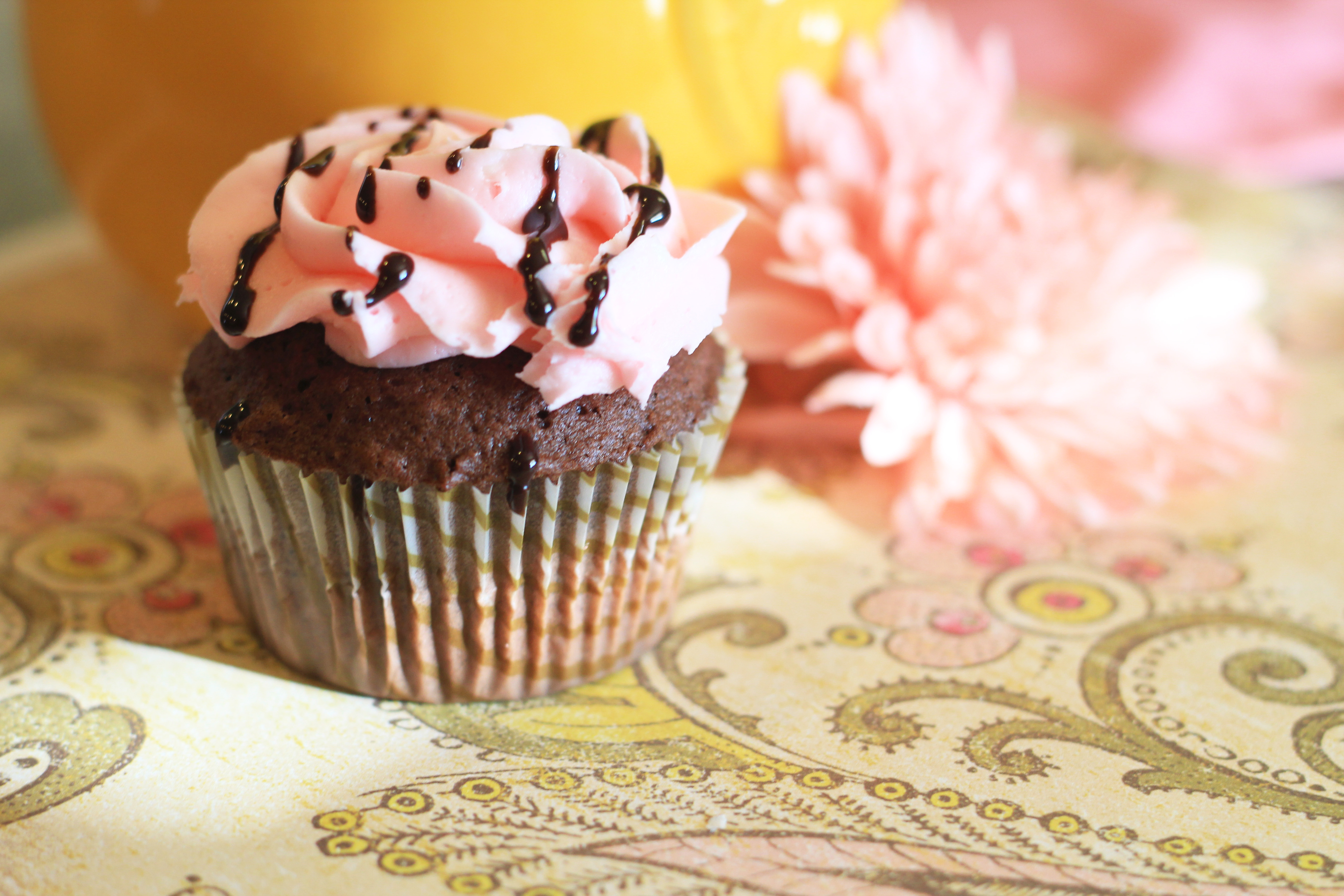 This cupcake is definitely for raspberry lovers. It is made with a chocolate cake mix and chocolate chips added to the batter. Then we filled them with raspberry

pastry filling, frosted them with vanilla raspberry buttercream and topped them off with a fresh raspberry. If you are a raspberry lover, then you will love these cupcakes.

Bake the cupcakes as directed on the package, adding the chocolate chips before baking.

Clip a corner on the two-pound pack of filling and squeeze about 1/3 ounce through the top of each baked cupcake.

You can use our basic buttercream recipe. Mix the raspberries into the buttercream until well combined.

Bake cupcakes and let cool. Fill with the raspberry filling. Pipe the raspberry buttercream onto the cupcake with a star tip. Top with a fresh raspberry.