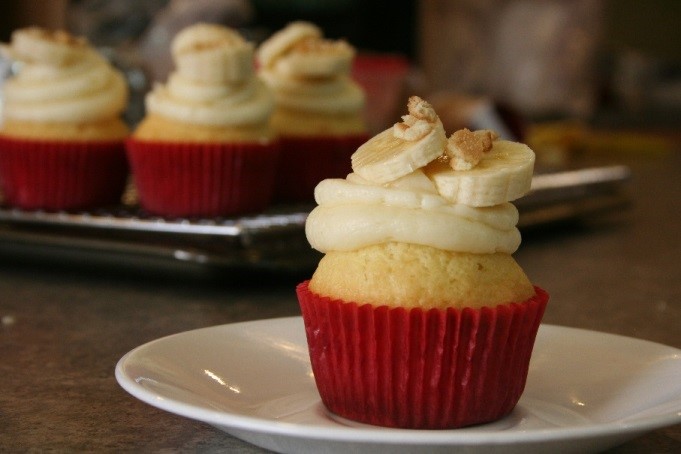 Anyone who is a fan of bananas will love these cupcakes. They are made from a vanilla cake mix, filled with banana pudding, frosted with banana buttercream and topped with a fresh banana slice. To give the cupcake a little crunch, we placed a Nilla Wafer in the bottom of the cupcake tin before baking and then topped the completed cupcake with crushed Nilla Wafer pieces. Can you say “yum?”

Make the pudding as directed on the package. Put into a piping bag with a star tip.  Squeeze about 1/3 ounce through the top of each baked cupcake.

You can use our basic buttercream recipe or use your favorite buttercream frosting recipe. Add the banana flavoring to taste.