So your sweetie pie likes pie . . . and chocolate. So why not combine the two? I love smooth, silky chocolate pie. 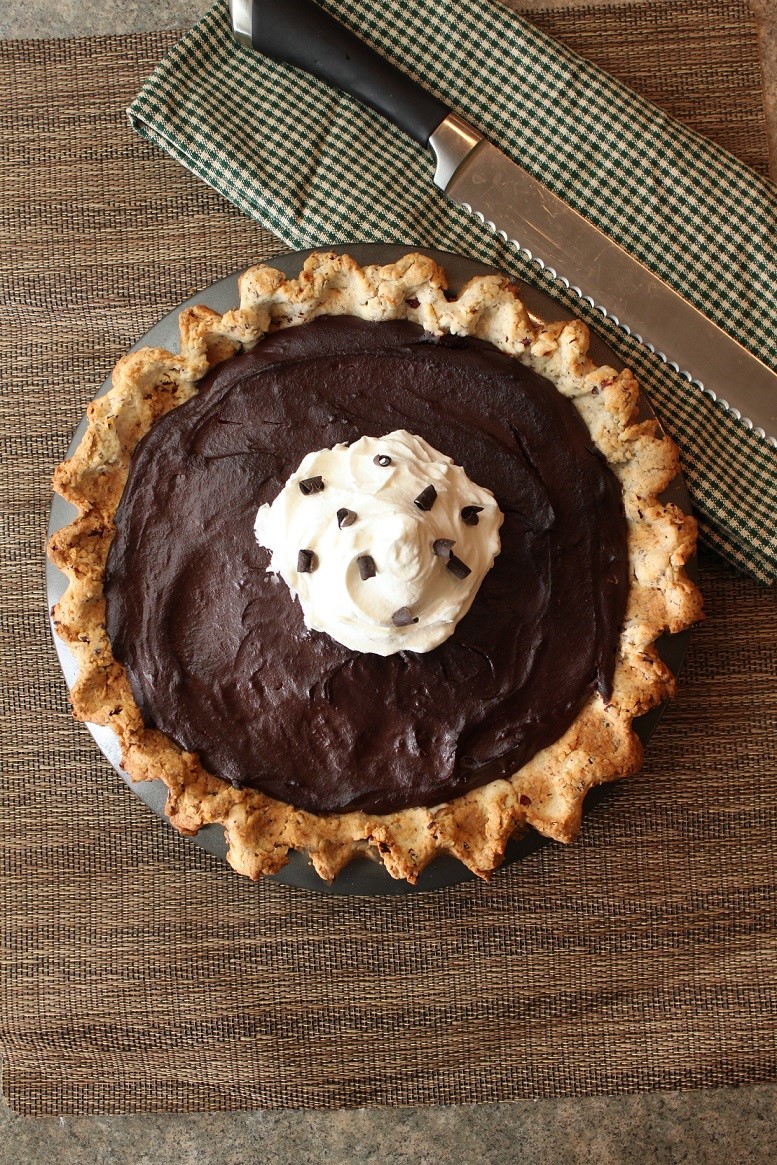 Here are five pies that will delight any sweetheart.

At the end of the section, you will find a recipe for a chocolate pie crust that you can use instead of a white pie crust.

For any chocolate desert, be sure and use good cocoa or chocolate.

We’ve used this basic recipe for over 20 years to make everything from coconut cream to strawberry cream pies.  It has been our “go to” banana pie recipe. To create this recipe, we simply added chocolate chips to the filling for the banana cream pie version. 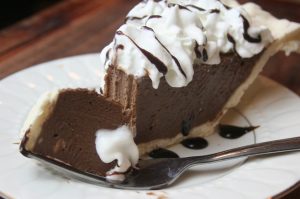 This recipe makes a delightful silk pie whether in chocolate or white chocolate.  It is silky smooth and luscious and the filling sets firmly for nice cuts and picture perfect presentations.

Use the recipe above for a white chocolate silk pie.

There shouldn’t be any difference in the performance of white and dark chocolate in these pies but as we have continued to experiment and make more of them, we have found that white chocolate does not consistently set up as firm as does the dark chocolate.  So we have started adding a 1/4-ounce packet of unflavored gelatin when we use white chocolate.  Add the sugar to the pan and stir the gelatin into the sugar before adding the eggs and beginning to cook.

You may wish to spread sliced strawberries or sliced peaches over the filling after it is set and then covering all or part of the pie with whipped cream.

This is a dark, decadent chocolate pie.  It easy to make.  Make it the night before and let it chill overnight.

For the chocolate crust:

For the chocolate filling: 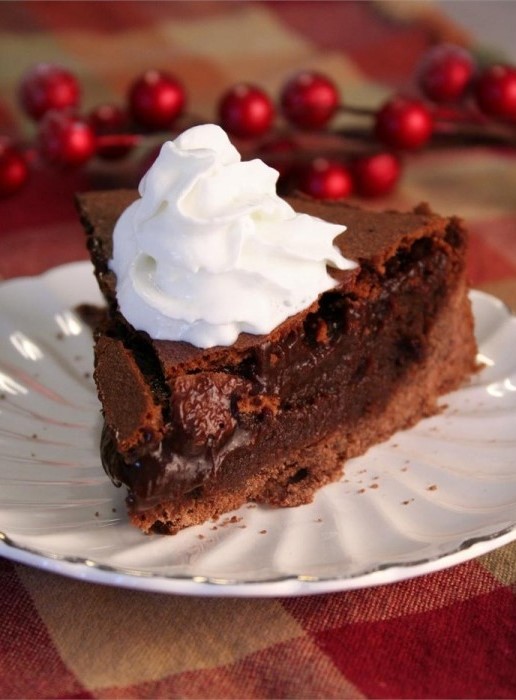 If you love rich, gooey chocolate and pecan pie, this is the recipe for you. It’s easy to make; just mix melted chocolate into your pecan pie filling.

If a chocolate pecan pie sounds good to you, try this recipe. Since pecan pies tend to be sweet, we like the robust flavor of bittersweet chocolate rather than the sweeter milk or semisweet chocolate—but suit yourself.

Baker’s note: We first made this pie with four ounces of bittersweet chocolate. When we took a poll of the crew, some thought the pie too chocolaty so we cut it back to three ounces—though the real chocolate fanatics liked it just the way it was.

Test for doneness in one of two ways. Jiggle the pie gently to see if the filling is still liquid. The center will still be slightly soft but the heat of the pecan pie will continue to cook the filling after the pie is removed from the oven. If you are not confident in this method, insert a thin-bladed knife one inch from the center. If it comes out clean, your pecan pie is done. But then, our bittersweet chocolate is pretty intense. 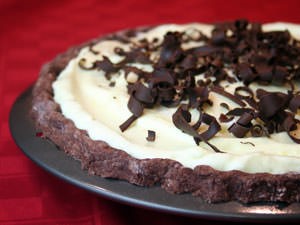 The addition of sugar makes it slightly sweeter than traditional crusts.

Use your stand-type mixer with a paddle attachment.  Mix the pie crust mix, sugar, and cocoa together.  Add the water.  Beat with the dough hook, scraping down the sides if necessary, only until smooth.  Do not over beat.  Use as other pie crust dough.