Home » Articles » Six Things You Can do with Fresh Peaches

Six Things You Can do with Fresh Peaches 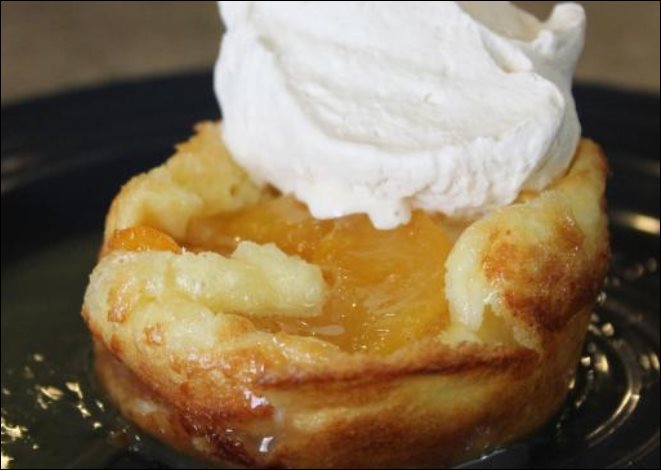 I look forward to the peach season all year. There is not anything much better than a chilled, luscious peach. While they’re in season, enjoy them every way you can.

I like to eat peaches (and strawberries) in a bowl like you would with cold cereal. I sweeten them slightly with a drizzle of honey. I like flavored honey. (There is a dazzling array of flavored honey available.) Try Raspberry Honey or Strawberry Rhubarb Honey on your peaches with ice cold milk. (Drop a cube of ice in your milk to keep it cold.)

2. Peaches on Your Cereal

Peaches are a treat on either hot or cold cereal. Peaches and oatmeal is a great way to start the day. My favorite is peaches on homemade granola with cold milk.

Peaches with pannekoeken is a wonderful treat and quick and easy to make.

Drizzle it with peach syrup or caramel syrup (Buttermilk Syrup). It’s simple to make and only eleven minutes in the oven 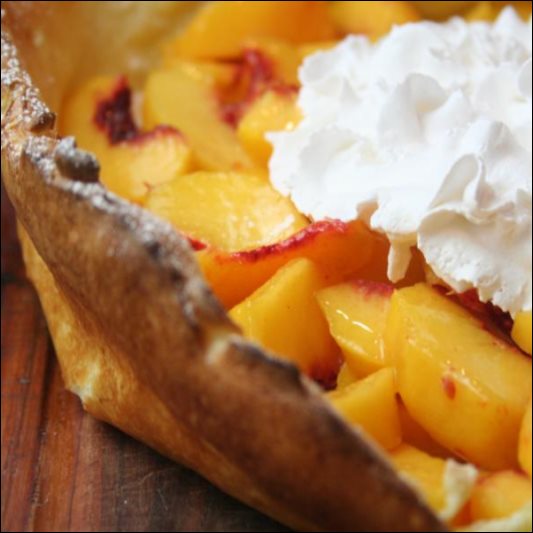 Get a pannekoeken pan and mixes here.

Pannekoeken made in a jumbo muffin pan makes great dessert cups. Drop sliced peaches in the little cups while they are still warm, drizzle them with syrup, and top them with caramel whipped cream or ice cream. 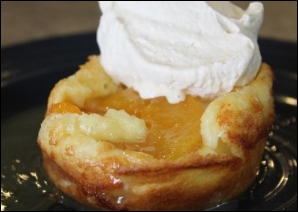 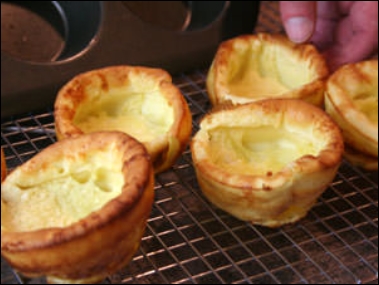 See how to make mini pannekoeken.

Get a mini pannekoeken kit with a professional grade jumbo muffin pan.

Years ago, while visiting Yellowstone Park, we found a little heritage cookbook of Mormon pioneer recipes. It had a great peach cobbler recipe. We made it many times, morphing it a little as we went. Finally, we converted it into a skillet cobbler. From that we developed our skillet cobbler mix, one of our all-time bestselling mixes 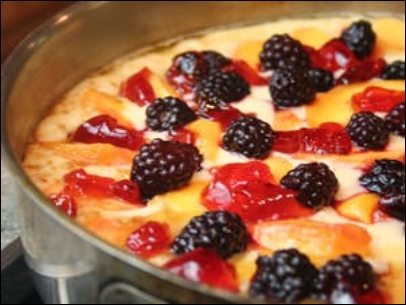 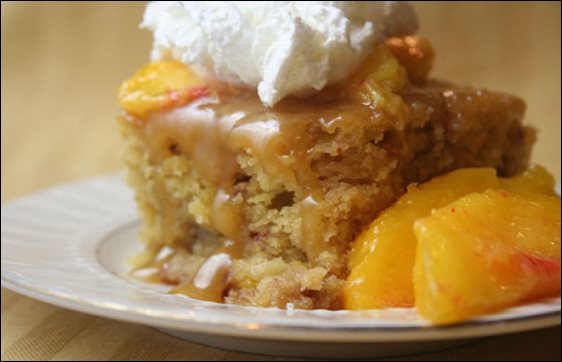 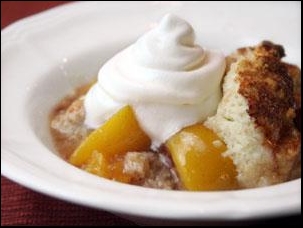 The difference between a skillet cobbler and a traditional one is that the cobbler batter is spooned over the fruit in the traditional cobbler, while with the skillet cobbler, the fruit is placed on top, as in the blackberry peach cobbler in the pan, and sinks through the batter as it bakes. It’s more of a buckle.

Sticky toffee pudding is reportedly the most popular desert in the world. Traditionally, it’s made with dates. We’ve tried everything from zucchini to candy bar pieces and never had a bad pudding! (Of course, you could put that caramel/toffee topping on cardboard and it would be good.)

You can make it either like a sheet cake or in a muffin tin like cupcakes. We’ve also made them in ramekins.

Once we’re past the peach season, we make this dessert with mangos.

See how to make a peach/mango sticky toffee pudding.

You can make this pudding either from scratch or with a mix.

The image of the cupcake-like sticky toffee pudding—that’s a candy bar pudding, but you get the idea.

These are six of our favorite things to do with fresh peaches. We’ll share more later. 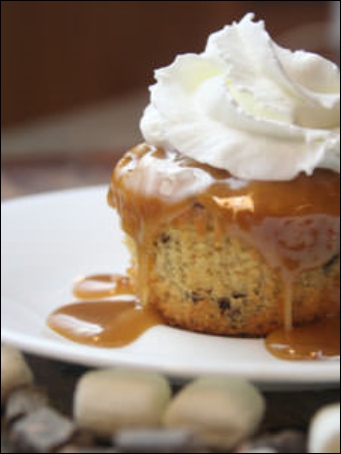 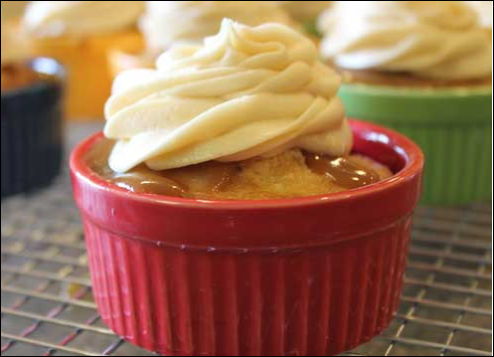