Most orange marmalade recipes are tedious and time consuming. With this recipe, you can eliminate most of that work with your blender.  Make it as a dipping sauce or a spread.  It’s superb as an oriental sauce. Make it as a refrigerator jam or a freezer jam.

We served this in the store on crackers. It was an incredible hit!

In front of the serving table, two ladies were brainstorming how to use this.

“Isn’t this perfect for chicken.” Orange marmalade is often used for Chinese orange chicken. I told them that I had used it on a chicken and rice dish a few nights before.

But marmalade recipes are so tedious with all the chopping, peeling, and blending. There must be a better way.

There is, with your kitchen blender.

No more carefully slicing very thin strips of peel with a knife. No more finely chopping the oranges and lemons. 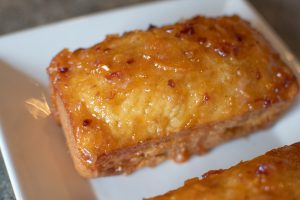 Fabulous marmalade cake made with a mix

Make a spread. Make a sauce.

But we also wanted a sauce for main dishes so we made a version with extra water.

Use it now. Save it for later recipes.

Ingredients for a spread

Variation for a sauce 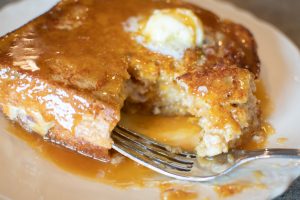 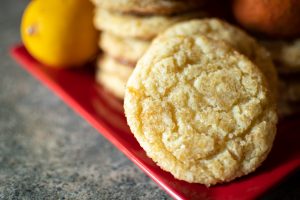 [1] The idea for this recipe came from Confessions of an Overworked Mom. But we wanted a quicker/easier recipe, a larger recipe, and one that we could morph into a sauce. Cranberries were her idea and an excellent one.

[2] Refrigerator jams can be stored in the refrigerator (usually up to 3 weeks) or frozen for up to a year. (National Center for Home Food Preservation https://nchfp.uga.edu/how/can_07/storing_jams.html)